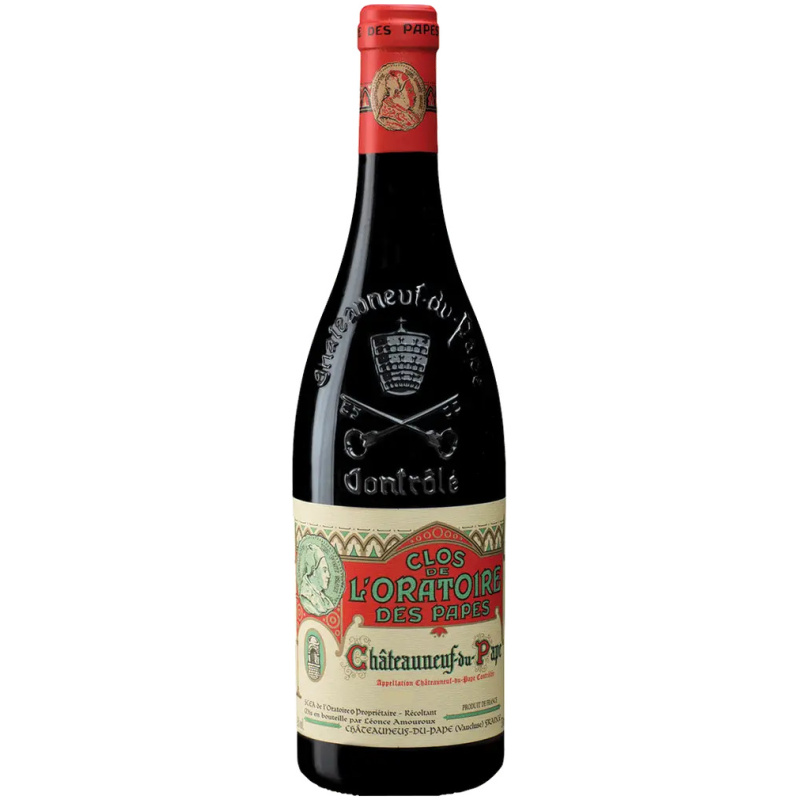 Châteauneuf-du-Pape is one of France’s most recognized wines, named after the castle built by Pope John XXII during his 14th-century tenure at Avignon. It’s a rich, full-bodied wine made in this small appellation in the Sôuthern Rhone, usually from a classic red blend (Grenache, Syrah, and Mourvèdre), but occasionally from a white blend. Full-bodied, complex, and rich with flavors of red fruits, spice, and leather, the most esteemed Châteauneuf-du-Pape reds are often full-bodied, complex, and rich.