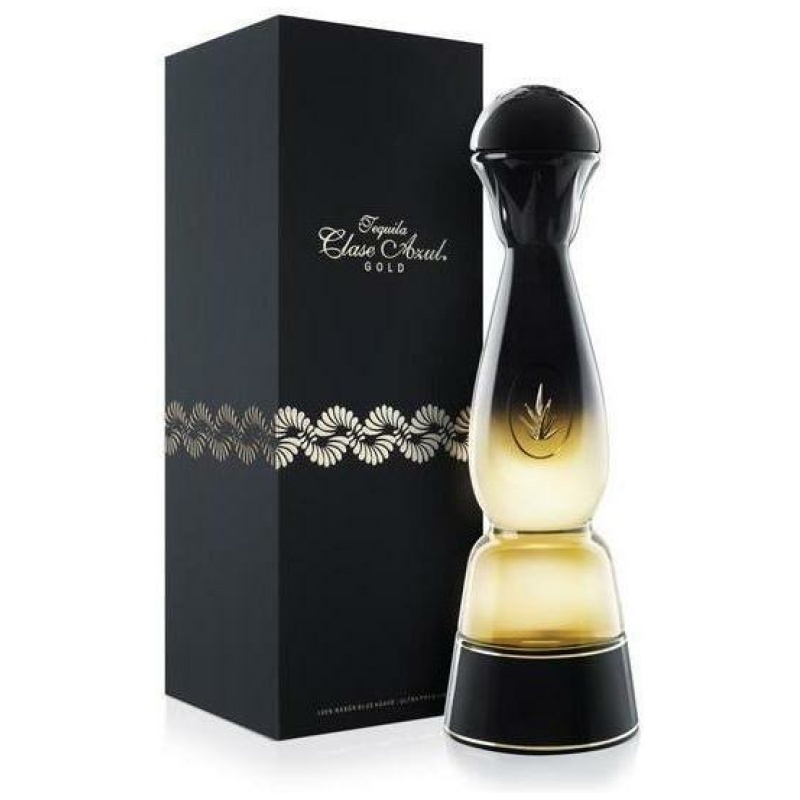 Clase Azul Gold symbolizes the magnificent sunsets produced by the daily descent of the Mayan Sun God into his lover’s earthly arms, and was inspired by a love tale between heaven and earth. The exquisite confluence of light and dark is captured in this beautiful decanter. A blend of Tequila Clase Azul Plata and an Extra Anejo matured for eight years in bourbon barrels before being completed in Pedro Ximenez sherry casks.

Clase Azul Gold is an exceptional, limited-edition collection of one-of-a-kind art and tequila, perfect for collectors. Clase Azul has been working on combining glass and ceramic for years, and this bottle is the result of their efforts.

The bottle’s many hues represent the tequila inside: an unique Clase Azul Plata blend with clear and crisp notes, as well as a very exceptional expression of Clase Azul Ultra Anejo matured for 8 years! Because of the blended maturing method, which uses recycled bourbon barrels and reclaimed Pedro Ximenez sherry casks, this version of Ultra Anejo has deep, black, and complex aromas. The combination of tequilas and age results in a remarkably smooth flavor that will satisfy even the most discriminating palette.

About the Producer: Clase Azul Gold

Tequila Clase Azul is an ultra-premium and luxury tequila brand based in San Francisco and distilled in Jalisco, Mexico. Clase Azul was founded in 1997 by Arturo Lomeli, who grew up in Guadalajara, the birthplace of tequila. Lomeli brought the first Clase Azul Gold to market in 2000 after experimenting with a number of projects. The business now produces a range of tequilas and mezcals from several agave types, including Maguey Cenizo and the uncommon Papalote kind. Tequilas of the Aejo and Reposado styles are aged in a variety of wood barrels, including ancient bourbon and sherry casks, after distillation. All Clase Azul liqueurs are presented in decanters that have been hand-painted and sculpted. An special tequila adorned with amber and 24-karat gold was introduced to the market with a $30,000 price tag to commemorate the brand's 15th anniversary.