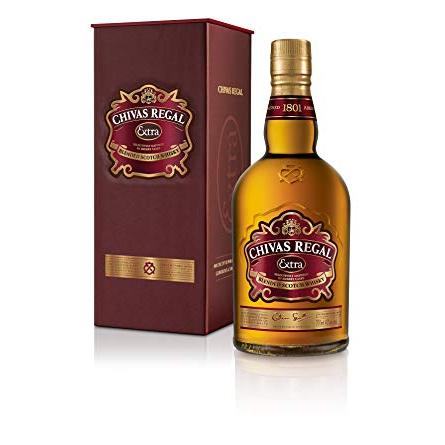 About the Producer: Chivas

Chivas Brothers is a leading blended Scotch whiskey label manufacturer under the Chivas Regal brand, as well as the owner of a single malt whiskey distillery and bottler. It is Pernod Ricard's main Scotch whiskey business, which acquired it in 2001. As with many other Scottish brands, the company started with the opening of a grocery store, this time in Aberdeen. The store rose to prominence in the 19th century - since 1843, it had a royal warrant to supply goods to Queen Victoria and her family in Balmoral. In the 1850s, the demand for a lighter style of whiskey led the company to create its own proprietary blends. Chivas Regal was launched in the early 1900s, targeting the growing luxury goods market in the United States. In 1950, the company purchased the Strathisla single malt plant. It is the spiritual home of Chivas Regal, which forms the basis of the blends, although many other malt and grain whiskeys are used, including Aberlour and Miltonduff. In 2015, the company opened a Dalmunach Distillery in Speyside to meet demand for Chivas and Ballantine blends. The main expression of Chivas Regal is 12 years, and versions with 18 and 25 years are also available. Extra is aged in barrels of Oloroso sherry, while The Icon is a limited edition of over 20 rare whiskeys, including distilleries that have gone silent. Royal Salute is a subsidiary of Chivas, but sold separately.