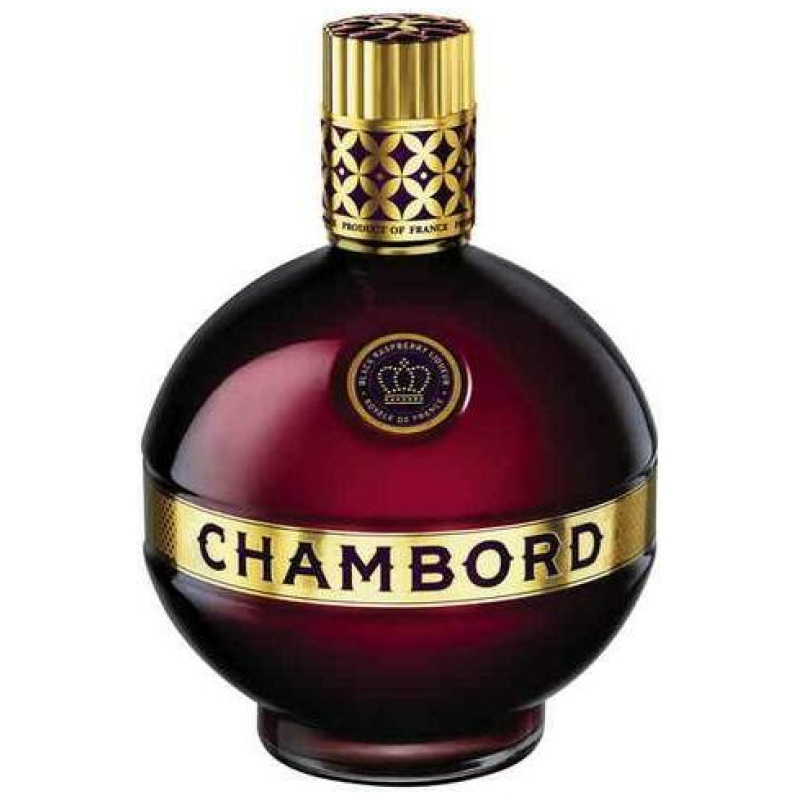 Get this Chambord delivered to your door.

About the Producer: Chambord

Chambord is a black raspberry liqueur produced in the Loire Valley in the province of Chambord. The brand itself was founded in 1982, but the raspberry liqueur was first made in the royal castle of Chambord in the late 17th century and would have been served to King Louis XIV. Chambord is made from red and black raspberries, Madagascar vanilla, honey, Moroccan citrus zest and brandy. Fresh blackberries and raspberries are steeped in alcohol for several weeks to give them a flavor. Additional alcohols are added to the infusion and after a few more weeks the fruit is pressed. This base is mixed with black raspberry and black currant extracts, then brandy, vanilla and herbs are added and left to melt. The liquor batches are blended using the Master Blender to create a uniform flavor profile and then bottled with 16.5% alcohol by volume. Chambord's bottle is known for its spherical shape and was modeled after the ball and cross, the Christian symbol of power. since the Middle Ages. It is used primarily in cocktails, more commonly known as the Kir Royal variant (usually made with blackcurrant cream).