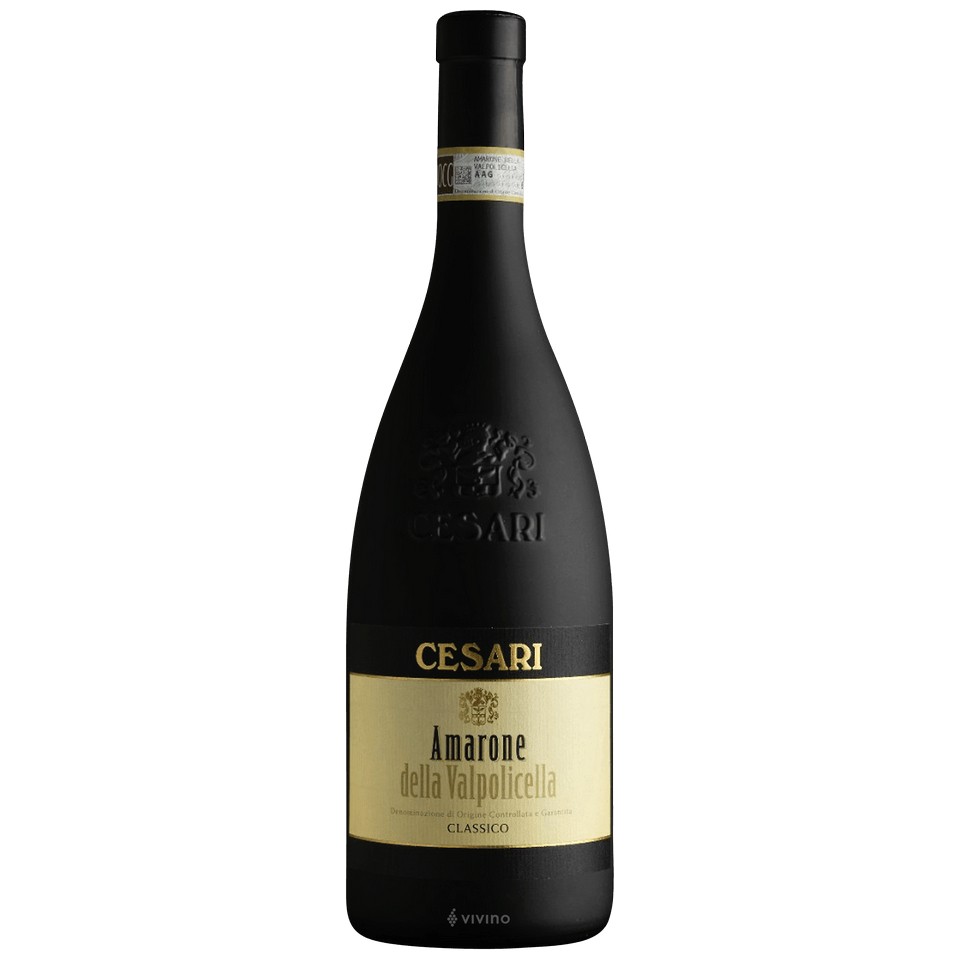 94
Robert Parker's Wine Advocate
This is a slightly more accessible wine with broad shoulders and lots of dark fruit richness at the core. The 2012 Amarone della Valpolicella Classico Il Bosco opens to dried prune, fig, blackberry and lots of lingering spice, tobacco and tar. The folks at Cesari use a simple blending formula for their Amarone wines, just 80% Corvina and 20% Rondinella, and this contributes to the direct and linear personality of the wine. There are few hidden messages here, just straight-shooting textbook Amarone intensity and opulence, a great pick for a mushroom lasagna. The grapes see three months of appassimento, which is more than enough in a hot and dry vintage such as 2012.
92
James Suckling
Here’s a very balanced and floral Amarone that opens with fresh red plums, bright cherries, orange peel, citrus and raspberries. Very linear and precise. Forthright acidity drives through layers of vibrant red fruit, while sleek and edgy tannins carve out a delicate yet chewy finish. Drink now or hold.
90
Wine Spectator
A balanced, medium- to full-bodied version, with supple tannins that are well-knit to herb- and mineral-laced flavors of dried cherry and currant fruit. Not a powerhouse, but elegant overall. Drink now through 2025.

About the Producer: Gerardo Cesari S.p.A.

Gerardo Cesari is a winery founded in 1936 in the Italian region of Veneto. It is known for its traditional DOC wines and IGT varietals from the region and, in the 1970s, Cesari Amarone was one of the first to reach five continents. Since then, the winery has strived to maintain its presence around the world. Owner and winemaker Franco Cesari, son of founder Gerardo Cesari, manages the property. The property covers approximately 100 hectares (247 acres) of land in Valpolicella and Lugano. This includes the vineyards of Bossan, Il Bosco, Jema and Cento Filari, which are dedicated to the production of high quality wines. The Bossan vineyard in Valpolicella is 80 percent planted with Corvina and 20 percent with Rondinella and is the best Gerardo Cesari wine, Amarone. Bossan. The site covers ten hectares (25 acres) of vineyards cultivated according to the Pergola Veronese system. The grapes for this wine are dried for four to five months and, after vinification, age both in barrels and bottles. Another example is Sento Filari, a ten-hectare site located between the villages of Peschiera del Garda and Pozzolengo, near Lake Garda. The vineyard stands out for being planted with the local white turbian. In 2014, the shareholding control of the company was purchased by the regional cooperative (and an important national player) Kaviro. In 2019, Cesari received €20 million for the construction and modernization of cellars and storage facilities at its second facility in Fumana in the Valpolicella Classico region. The original Cesari company was headquartered near the town of Cavaillon Veronese, 20 km (12 miles) northwest. Verona, on the southeast coast of Lake Garda. Fuman is located 15 km (nine miles) east of Cavaillon Veronese.

Be the first to review “Cesari Amarone 2012 750ml” Cancel reply
Get this product Pickup available at 5790 Broadway, Bronx, NY 10463
Get this item delivered via FedEx. Learn more.