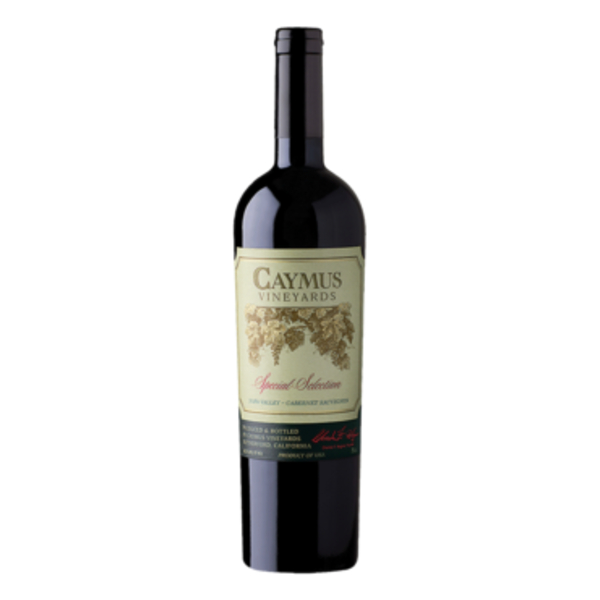 We selected the best barrels from our Cabernet for the production of Special Selection – the only wine in the world to twice win the Wine of the Year award from Wine Spectator magazine. Featuring exceptionally fine velvety tannins, this Cabernet is delicious upon release or improves with age for a decade or more. Fine and luxurious tannins structure the intense aromas of soft cocoa beans, chocolate and black fruits.

About the Producer: Caymus Vineyards

Caymus Vineyards is a wine producer based in Rutherford, Napa Valley, California. Like most of the valley's renowned producers, it specializes in high-quality Cabernet Sauvignon wines, and its best wine, Caymus Vineyard Special Selection, is notable for being the only wine to be featured twice in Wine Spectator's Top 100 Wines. their 1984 and 1990 harvests. The first Caimus grape harvest was in 1972, although the Rutherford estate, owned by the Wagner family, has been cultivated since the 1940s. They were sold to other growers in Napa until 19-year-old Chuck Wagner , agreed to help his parents open a winery on their ranch. Today, Caimus Vineyards are still family owned and operated by a variety of wines produced by Chuck's sons Joe and Charlie and daughter Jenny. The Special Selection is the flagship Caimus wine that is only produced in years when harvest conditions are considered good enough. ... Lower (but still premium) Cabernet Sauvignon is produced every year, and Zinfandel is also produced in small quantities. The Wagner family is involved in several other brands, including Conundrum, Mer Soleil, Belle Glos and Emmolo. In 2015, the family sold the Meiomi wine brand to Constellation. Caymus Vineyard wines are, admittedly, New World-style wines that gravitate toward bold, great fruit flavors. Grapes are stored for a long time in the vineyard and thinning the harvest increases the amount of sunlight that the grapes see during ripening.