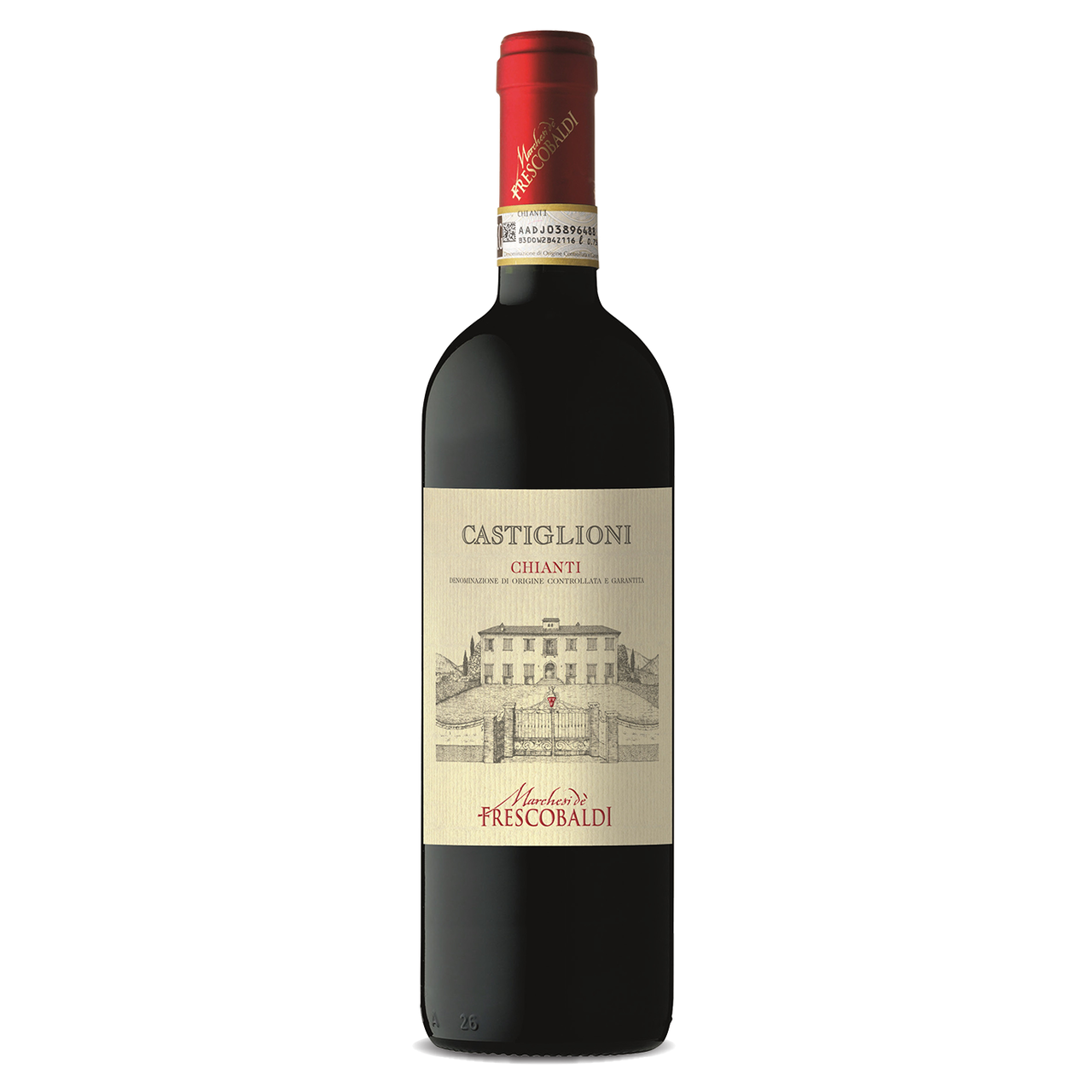 Discover the popular Castiglioni Chianti Frescobaldi and have it delivered to your door today.

About the Producer: Tenuta di Castiglioni

Tenuta di Castiglioni is a Tuscan winery located in Val di Pesa, in the hills of Florence. The property is owned by the Frescobaldi family and is particularly known for its selection of IGT Tuscany wines, based primarily on Merlot, Sangiovese and Cabernet Sauvignon. The Castiglioni estate is known as the birthplace of the Frescobaldi family winery, which dates back to the 14th century. The property has been family owned since the 11th century, and today each bottle of wine produced by Tenuta di Castiglioni bears the Frescobaldi family crest. The property's flagship wine, Giramonte, was first released in 1999 and is made primarily from Merlot and a small percentage of Sangiovese. This wine from a single vineyard is created from a prized estate variety in Comune di Montespertoli. The southwest-facing 7-hectare (17-acre) vineyard is located 820 feet (250 m) above sea level on soil composed primarily of sand and clay. This emblematic wine ages 16 months in oak and another six months in bottle. The second Tenuta di Castiglioni wine is a blend of red wines Cabernet Sauvignon, Merlot, Cabernet Franc and Sangiovese. The grapes are harvested from the 12-year-old Tenuta di Castiglioni vineyards and macerated with the skins for about 12 days. This maceration period is followed by a year of aging in oak barrels and another two months in the bottle.