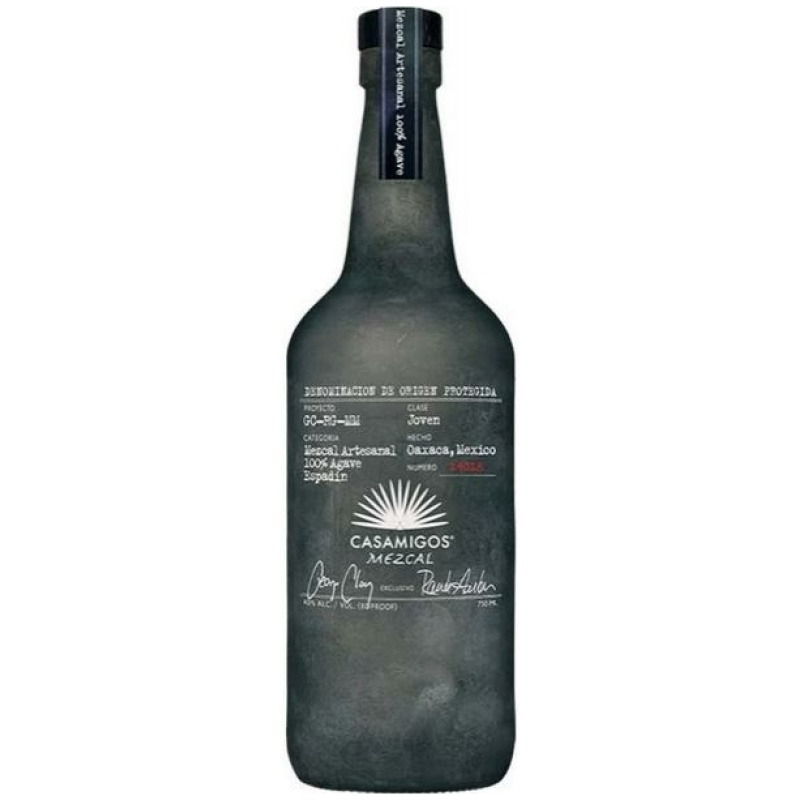 Critic Score
81/100
User Rating
4.1 Stars
Producer
Casamigos
Pair With
Digestive
Size
1L
Region
Jaslico
Notes
Color The color of mescal is clear and transparent. Taste The taste of mezcal is balanced and elegant, in it tones of tamarind and pomegranate flow into the grassy nuances of fresh mint and dried oregano. Delicate notes of smoke and black pepper are noticeable in a long and silky finish. Aroma The notes of mint, oregano and thyme dominate the aroma of mescal, light shades of smoke and licorice are noticeable. Gastronomy Mescal recommended to submit in its pure form, as a digestif.
Critic Scores & User Ratings are based on an aggregated international Global Wine Score (GWS).
Casamigos Mezcal Joven 1L - Item Code: 08558

The elite tequila brand “Casamigos” was founded by famous actor George Clooney in collaboration with two close friends, Rend Gerber and Mike Meldman. For their tequila, they chose the appropriate name – “casa amigos” translated from Spanish means “house of friends”. Initially, the production of tequila was for them rather a hobby than a business, but the Kasamigos brand quickly gained popularity and recognition, becoming one of the leading in the US As a result, Diageo acquired the rights to it for a record $ 1 billion.