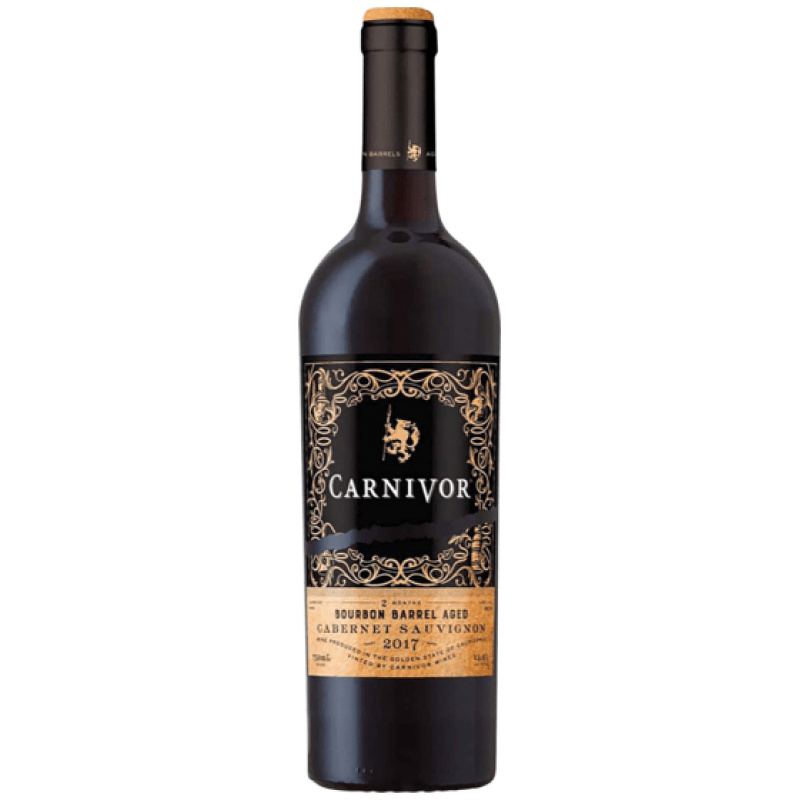 This Carnivor Bourbon Barrel Aged Cabernet Sauvignon has a smooth and full mouth flavor with a bold structure. Rich blackberry and dark plum from the Cabernet with sweet aromatics of crème brûlée obtained from their time aged in Bourbon barrels.

The Carnivor Bourbon Barrel Aged Cabernet Sauvignon is at the top of the food chain, just as Cabernet Sauvignon, the “King of Reds,” is at the pinnacle of the wine world. Carnivor Bourbon Barrel Aged Cabernet Sauvignon is a sophisticated wine with a powerful, robust flavor and refined smoothness, inspired by these two kings. Carnivor Wine, made with grapes from prominent California vineyards, has a deep, dark hue and exquisite refinement thanks to careful winemaking. Knowing what you’ve accomplished gives you confidence. Give in to your inner carnivore.

When it comes to wine production in the United States, California reigns supreme. California wines account for about 90% of all wines produced in the United States each year, and the state is home to some of the country’s most renowned vineyards and producers. California is arguably best recognized for its world-famous Cabernets and Chardonnays, many of which come from Napa Valley and Sonoma County, the state’s two most acclaimed AVAs. Merlot, Pinot Noir, Sauvignon Blanc, Syrah, and Zinfandel are some of the other popular grapes utilized in California wines (which California made popular).