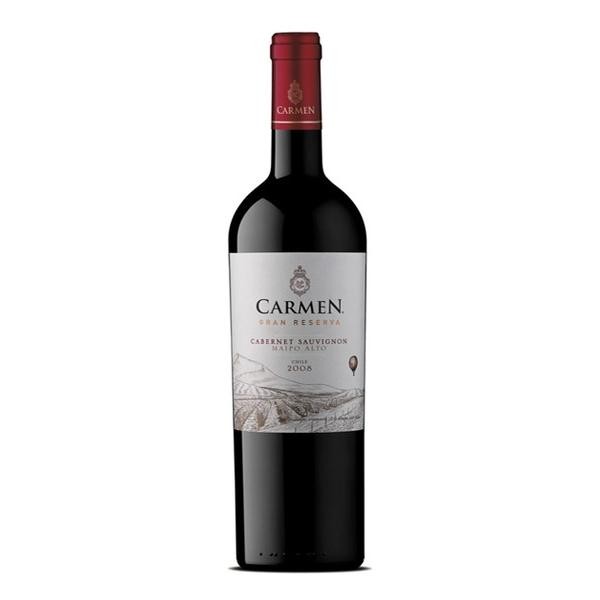 About the Producer: Carmen

Viña Carmen is Chile's oldest winery, founded in 1850 by Christian Lanz and named after his wife. Chile was in its infancy as an independent country, and from the beginning, companies like Carmen focused on quality in order to secure export markets and show Chile as a competitive country. In 1994, the company was the first in the country to start selling an eco-friendly, sustainable label (Nativa), and in 1996 it was the first to sell the Carmenere variety, after being identified as distinct from Merlot two years earlier. The company now owns Valle Central vineyards in Maipo, Apalta Colchagua and, as well as lower parcels in Casablanca and Leide. This range of terroir allows Carmen to grow certain varieties in better locations as well as from older farms. In fact, the iconic wine is Cabernet Sauvignon from the Golden Reserve, from a specific site in the Maipo Valley, planted in 1957. The range also includes Winemaker's Red and Black Winemaker (a blend based on Carmenera) as well as several red and white wines with less than wine. Gran Reserva, Premier 1850 and Insigne designations. The wave series focuses on fruits from the Leida Valley, and in addition to Nativa, the company also owns the Red Fall and Tolten brands. Since 1987, the company has been part of the Claro group, which also includes Terra Andina, Santa Rita, Nativa. and Dona Paula, in Argentina. The new winery - Bodega Ouro - was built in 2020 for the production of gold and other high quality wines. Viña Carmen currently exports products to over 50 countries around the world.