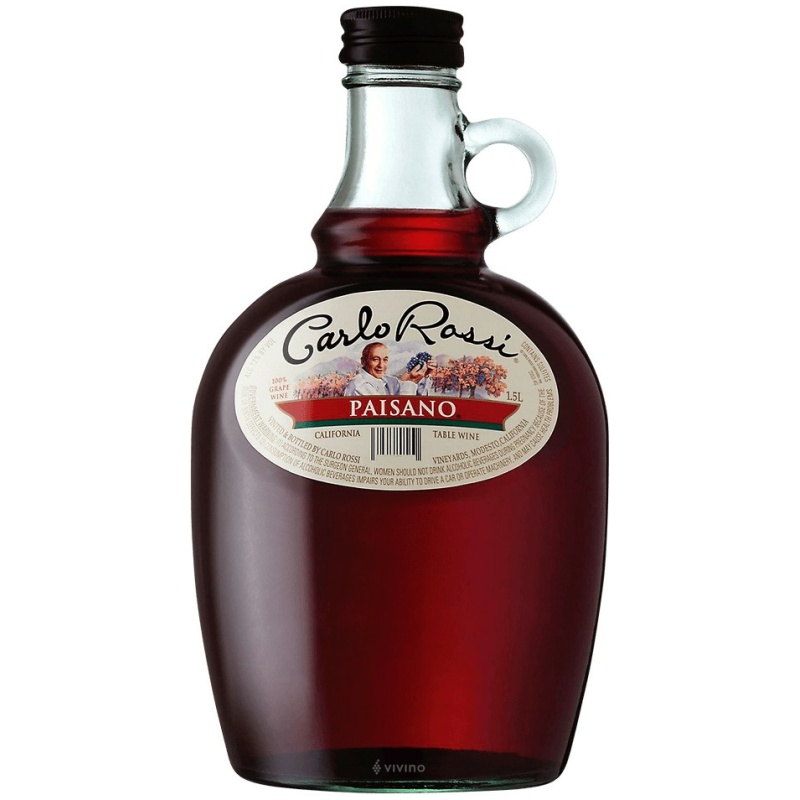 About the Producer: Carlo Rossi Vineyards

Carlo Rossi is a California-based, low-cost wine brand created and owned by beverage giant E. & J. Gallo. Rossi produces a range of red and white table wines under the common California name and is famous for its carafe wines, which are larger than the standard bottle and have become icons for the brand. The brand name is a tribute to Charlie Rossi, who was a salesman for E. & J. Gallo and was married to the Gallo family. Rossi joined the company in the 1950s, and the brand began in 1962 as a line of low-cost Red Mountain wines. These wines proved popular and when Red Mountain's distribution became national in the 1970s it was renamed Carlo Rossi, capitalizing on Rossi's Italian heritage and personality - Charlie appeared in commercials promoting wines as affordable and easy to drink. ... The brand became extremely popular in the United States and became one of the best-selling wine labels in the country. Carlo Rossi is known for naming his wines after famous European wines such as Burgundy, Chablis and Chianti. Despite the names, these wines do not come from their respective wine regions in France or Italy, do not follow any vineyards or winemaking practices (or permitted grape varieties) and do not have a harvest date. This has been controversial in the past, but Rossi may retain the names as trademarks of the brand, in part due to the number of years of existence. Wines are often blends of different grape varieties popular in California. including Zinfandel, Cabernet Sauvignon and Chardonnay. Most of the fruits used in Carlo Rossi wines today come from the Central Coast of California.