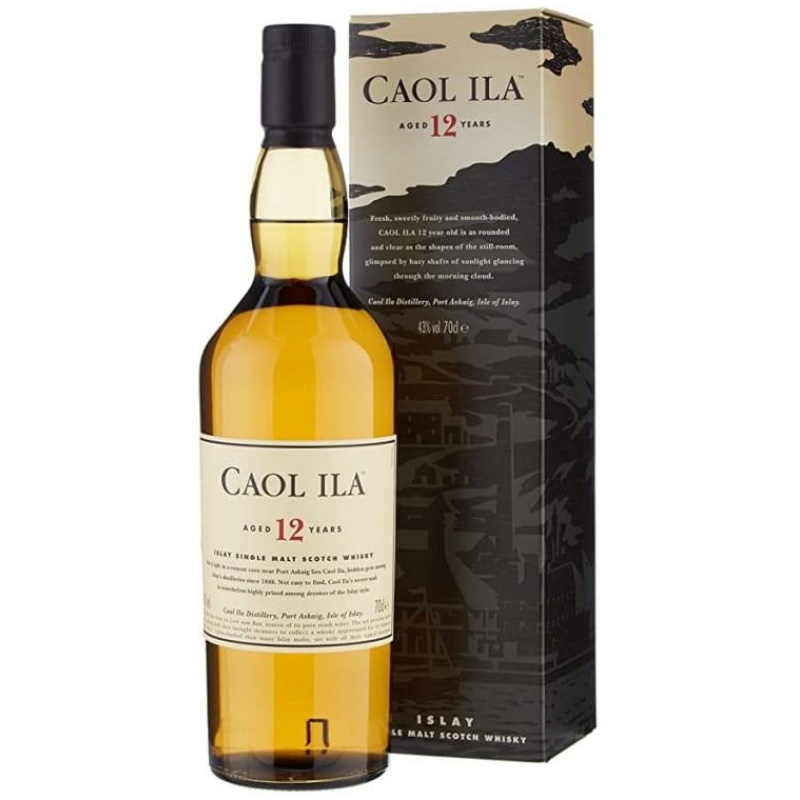 Discover the popular Caol Ila 12 Yrs Scotch Whisky and have it delivered to your door today. NOSE: Aromas of stewed fruit, light smoke, and a hint of red apple are present. Together with dark honey and mild malted grain, violet undertones emerge. TASTE: Sweet and silky; hints of roasted walnut and treacle toffee give way to undetectable traces of cured meat. Black cherries’ mouth-coating flavors evolve into blasts of mild spice. FINISH: The lengthy finish is characterized by violets and light smoke.