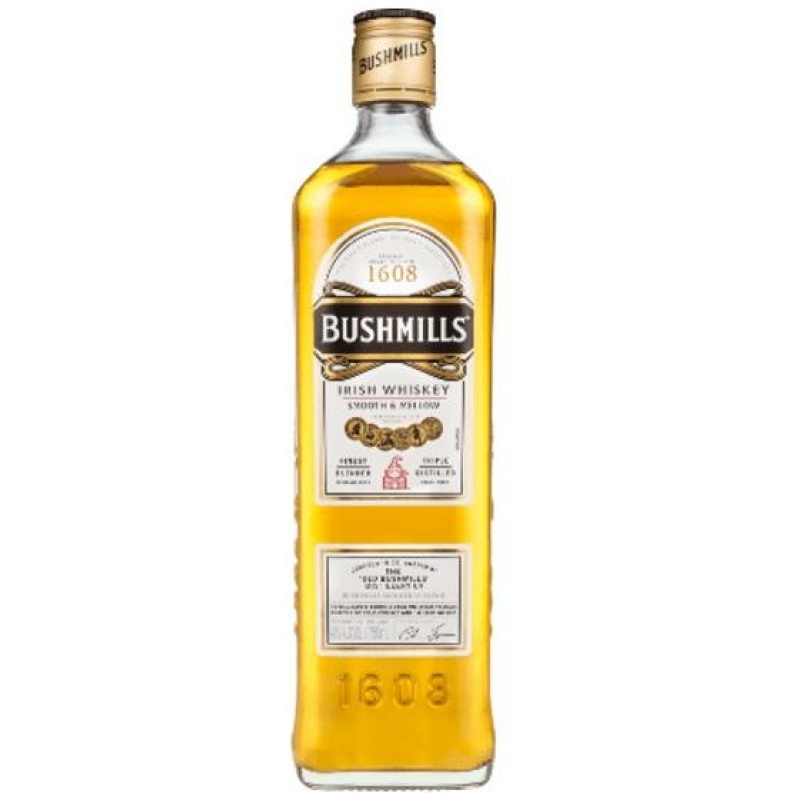 Discover the popular Bushmills Irish Whiskey and have it delivered to your door today.

About the Producer: The Old Bushmills Distillery Co.

The Old Bushmills Distillery in County Antrim, Northern Ireland is the oldest licensed whiskey distillery in the world with a distillation concession dating back to 1608. The license was granted to Sir Thomas Phillips by King James I along with the lands of the area. the royal license is more than four centuries old and the distillery itself - and the company that bears its name - was only founded in 1784. It was a difficult start for the children's distillery, and there were several closures and long periods without alcohol production. Then, in 1860, two Belfast liquor merchants bought the facilities and began to distill in earnest, and in 1890 SS Bushmills brought the first bottles to the United States. Eventually, the company joined Jameson, Powers and Cork Distillers in the Irish Distillers Group. The distillery has 10 stills and the whiskey is distilled three times in the Irish way. It is then aged for three years in barrels of sherry and bourbon before blending. Like most Irish whiskeys, many Bushmills products are made from a mixture of malted and unmalted barley, as well as a mixture of distillation alcohols and canteen. The base version, Bushmills Original, is a lighter style of whiskey with a sweeter taste, while the heavier Black Bush contains a much higher percentage of malt and is therefore richer and has more pronounced aromas. The distillery also produces a variety of single malt whiskeys. , ages 10 to 21, plus the special Bushmills 1608 tax-free bottling, a luxurious blend of vintage whiskeys. Whiskeys have performed well in contests, especially Black Bush, and the distillery has a distinguishing feature - featured both in the note and in James Joyce's classic modernist novel, Ulysses. The company is currently owned by Jose Cuervo after being sold by Diageo in 2014.