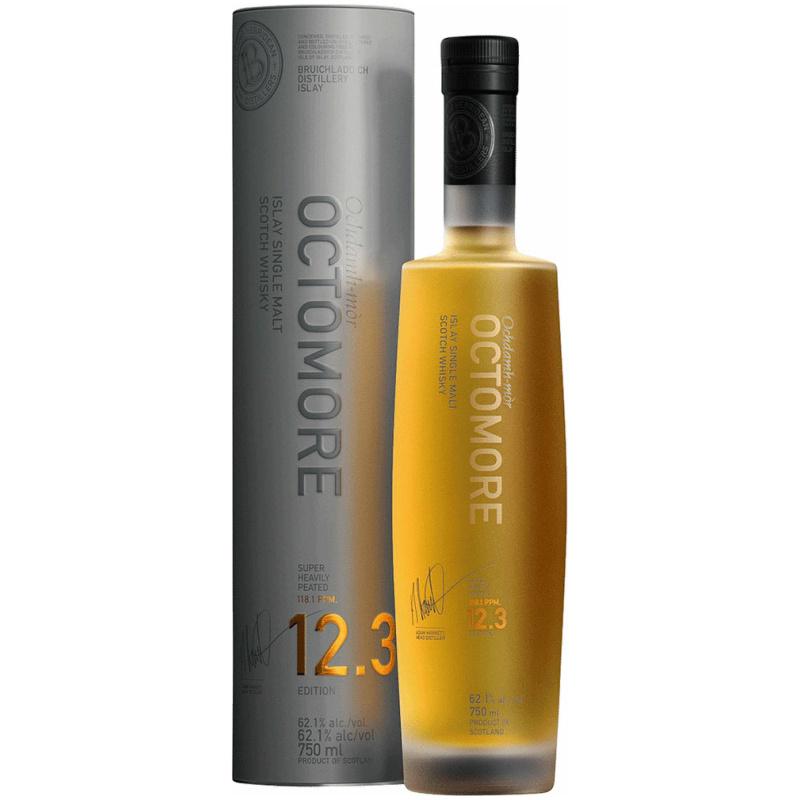 Concerto barley cultivated entirely on Octomore Farm was harvested in 2014 and distilled in 2015. Bottled at 62.1 percent alc./vol., malted to 118.1 PPM. Bruichladdich Distillery bottles it unchill-filtered and color-free.