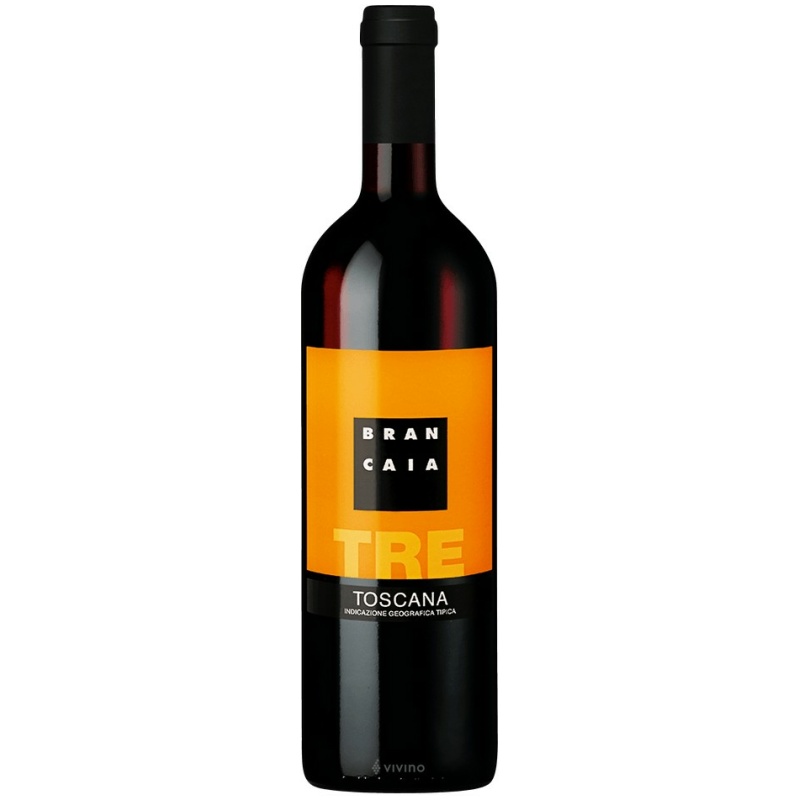 91
Wine Spectator
A dense matrix supports black cherry, iron, earth, tobacco and coffee flavors in this beefy red. Tips toward the tannins in the end, but stays in line. Drink now through 2028.

Brancaya is a Tuscan estate known for its wines from the Chianti Classico region and the Maremma region on the Tuscan coast. It was founded in 1981 and has since become a critically acclaimed producer known for the high quality of its wines as well as distinguished modern labels. Three vineyards make up the Brancaya estate: two in Chianti Classico, grown mainly in Sangiovese, and one in Maremma (in Grosseto), planted mainly with Bordeaux varieties (about a quarter are planted with Sangiovese varieties). Together they make up about 80 hectares (200 acres). There are two wineries (in Chianti and Maremma), both built on three floors to provide gravity feeding processes. The individual varieties and the vines are vinified separately and the fermentation takes place in conical steel containers with adjustable temperature and soft puncture. All wines are aged in French oak barrels for 12 to 20 months, and then the Flagship Brancaya wine - Il Blu, IGT Toscana wine made from vineyards in the heart of Chianti Classico - is blended. The wine is a blend of Sangiovese and Merlot with the addition of Cabernet Sauvignon and ages 20 months in French barrels before bottling. The best wine from the Maremma vineyard is Ilatraia, also IGT Toscana, but made from Cabernet Sauvignon, Petit Verdot. and Cabernet Franc. Vintage 2012 was listed on Wine Spectator's 2015 Top 100 list - a feat achieved three times since 2005. The line also includes four other reds: Chianti Classico Riserva, Chianti Classico, N° 2 or Numero 2 (Maremma). Cabernet Sauvignon) and Tre, a blend with a predominance of Sangiovese with some varieties of Cabernet Sauvignon and Merlot from all the Brancaya vineyards. There is also a rosé wine based on merlot called "Rose"; Il Bianco, a white blend of Sauvignon Blanc with Gewurztraminer, Semillon and Viognier; and Stella, a sparkling Chardonnay (champagne). The property was originally founded by Swiss couple Bruno and Brigitte Widmer, who purchased the ruined Brancaya estate in Castellina in Chianti (and its four hectares / 10 acres of vineyards) in 1981. Soon viticulture and winemaking. With the help of the Mazzei family (known as Castello di Fonterutoli) in 1986, Brancaya rose to the top of the blind tasting Chianti Classico organized by the Swiss wine magazine Vinum. In 1988, the property's iconic label design was introduced. Widmers expanded its properties by acquiring a 53-hectare (130-acre) site in Rudd, a town 15 km (nine miles) east of Castellina. In 1994, the winery received the coveted Tre Bicchieri (Three Glasses) rating from the gourmet guide Gambero Rosso. In 1998, the Widmers acquire the coastal property of Maremma and begin planting grapes on 82 hectares (200 acres) of land. TRE and Ilatraia were launched in 2000 and 2002, respectively. By 2019, all three vineyards and wineries are officially certified organic.