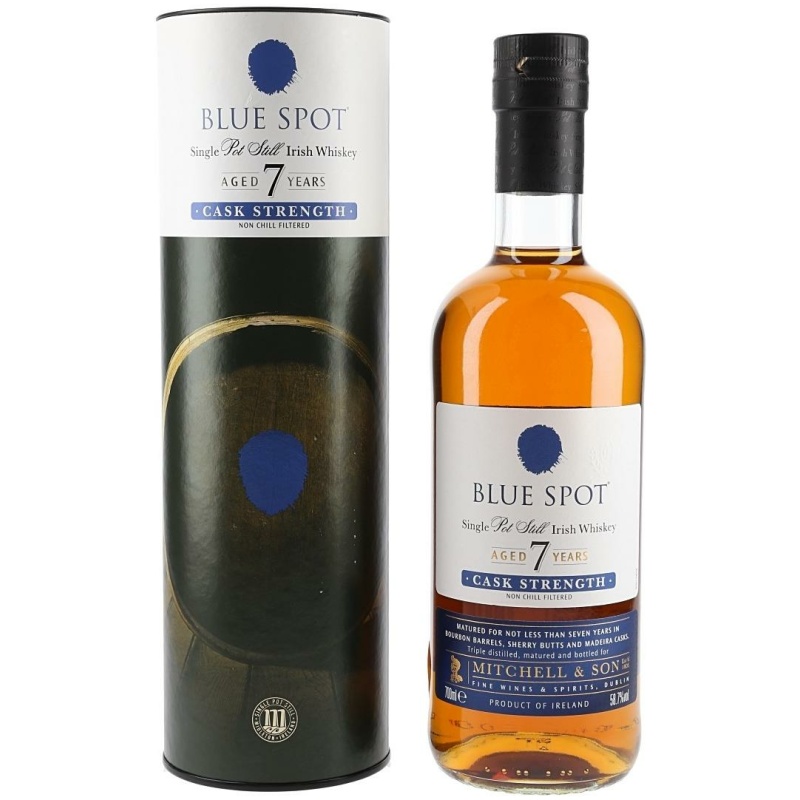 Get this Blue Spot Irish Whiskey 7Yr delivered to your door. A mild blend of pineapple, kiwi, green banana, and lime zest on the nose, followed by pot Still spices, roasted wood, baked apple, and hazelnut. Taste Smooth mouthfeel with a light fruit blend, a whiff of clove oil, and black peppercorns that have been broken. Cinnamon, vanilla, and other sweet spices enhance the nutty flavor of the wood. finish A flavorful harmony of spices and exotic fruits that lasts.