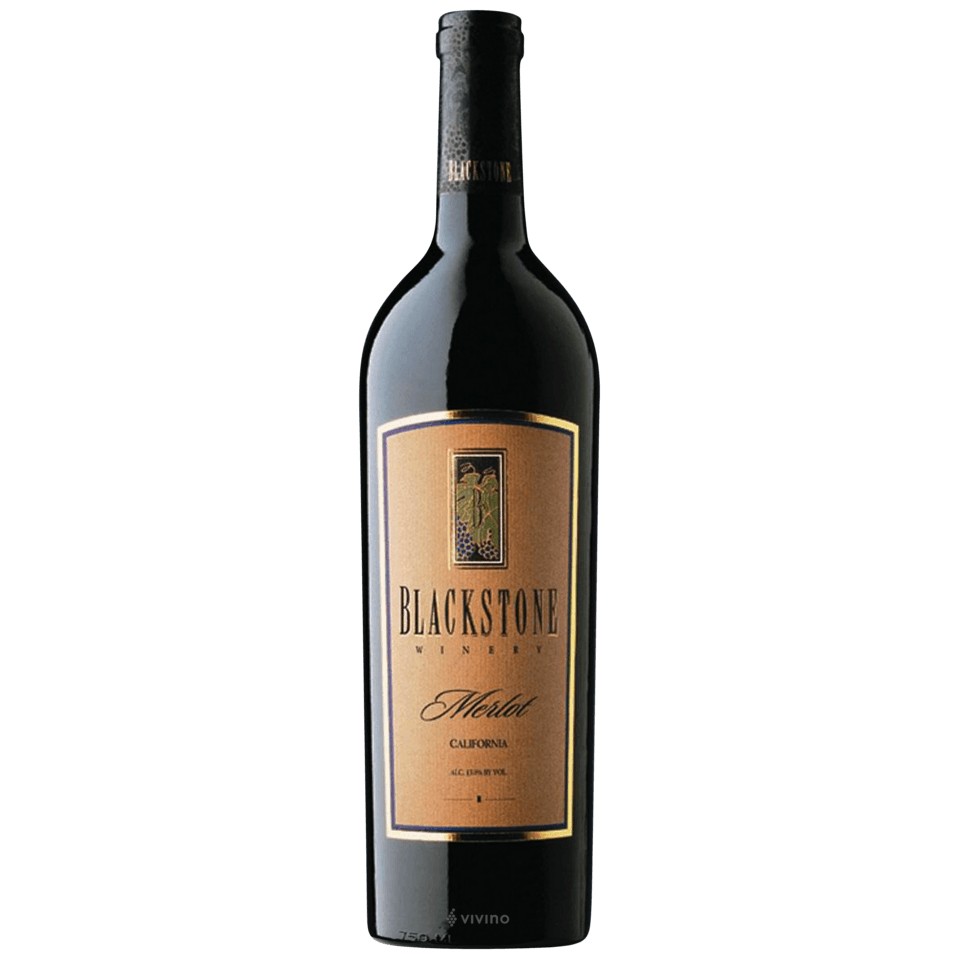 About the Producer: Blackstone Winery

Blackstone Winery is a California wine brand owned by Constellation Brands, a major international beverage company. The label produces red and white wines from popular international varieties such as Cabernet Sauvignon, Pinot Noir, Syrah, Chardonnay and Sauvignon Blanc, but are best known for their popular Merlot variety. Most wines carry the California designation, but some are labeled with the more specific AVA for Monterey County or the AVA for Sonoma County, where the brand is headquartered. The brand was created in 1990 as part of the Coldera Wine Group portfolio. Initially it was just a label, without its own wine cellar and production facilities. By 2001, annual sales had grown to half a million cases, with the result that Coldera and its brands were acquired by Constellation and BRL Hardy. Hardy was later purchased by Constellation, which built a physical winery for Blackstone in Kenwood, Sonoma, but in 2010 the winemaking was transferred to Ravenswood Winery. The latest vintage Blackstone wines were sold under the Blackstone Wine Maker's Select brand.