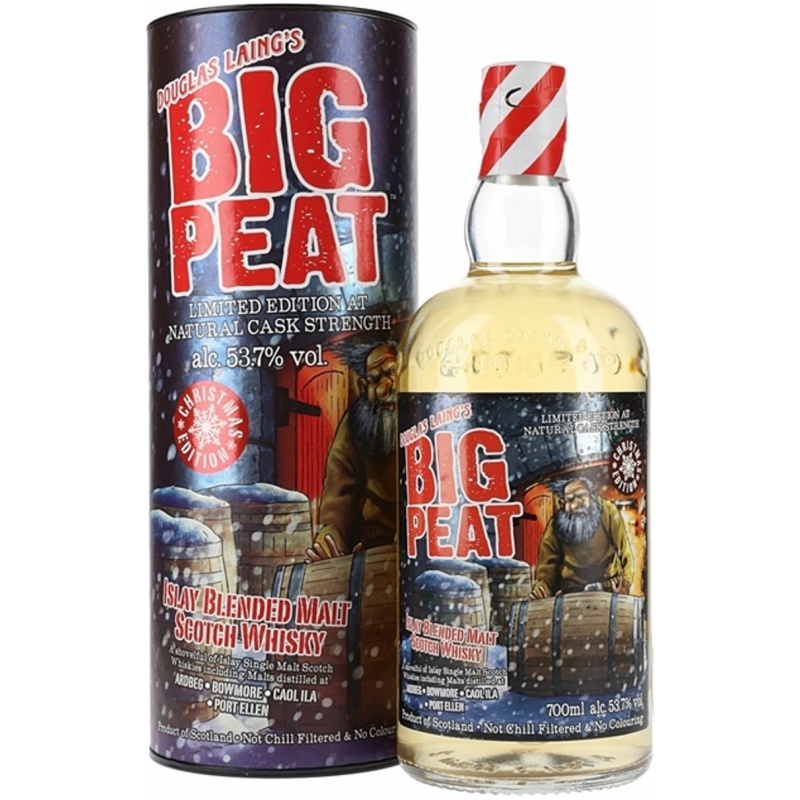 Discover this Big Peat Whiskey Xmas Edition and get it delivered to your door.

About the Producer: Douglas Laing & Co

Douglas Laing & Co. is an independent Glasgow whiskey seller. The company was founded in 1948 by Fred Douglas Lang and is now managed by his son Fred Hamilton Laing and granddaughter Kara Lang. In 2013, Fred's brother Stewart amicably left the company and founded Hunter Laing, taking several brands with him. The company is known for its extensive range of single-barrel whiskeys. Most of them are single malt, but there are also several types of bottling in the portfolio. Since splitting in 2013, Laing's whiskeys have been produced in three main ranges. The lineage includes younger whiskeys, usually between the ages of six and 14 years. Old Particular is the flagship line of expressions for over 14s, and the XOP (Extra Old Particular) series, which replaced Director's Cut in 2013, is the top line that contains the best stocks of aged and rare whiskey in numbered bottles individually. Laing also produces a variety of mixed malts under the Remarkable Regional Malts brand. Unsurprisingly, the big peat is sourced from Islay, Scalywag from Speyside, Timorous Beastie from the Highlands, Epicurean from the Lowlands and Rock Oyster from the islands. Each Standard Edition is supported by expressions of increased barrel aging or strength, special wood grain finishes, or seasonal bottling. The company also produces mixed whiskey labels such as The King of Scots and McGibbon's special reserve blends. Several other ranges and labels are sold in various whiskey categories, while others have been discontinued, although individual bottles may still be available. The three lines that switched to Hunter Laing in 2013 are The Old Malt Cask, Old & Rare and The Sovereign.