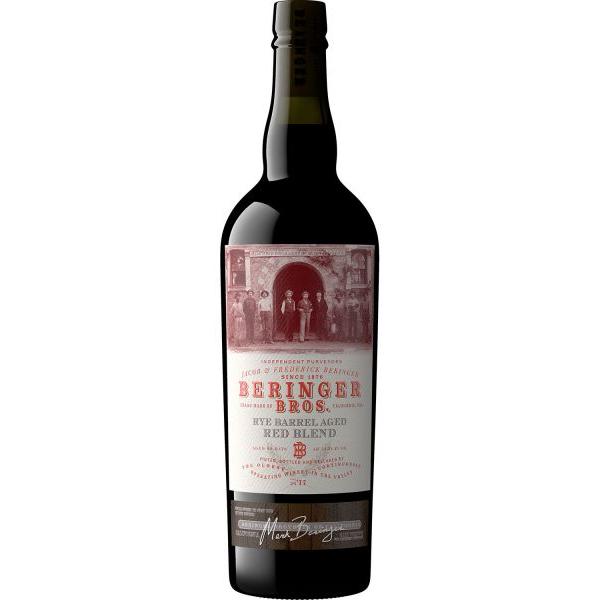 Discover this Beringer Bros Red Blend Rye Barrel and get it delivered to your door. This red mix gets a deep vanilla and flowery spice from 60 days in rye barrels, which carries through lush cherry and blackberry flavors. Beringer’s newest release pays homage to the winery’s beginnings. Brothers Jacob and Frederick Beringer left Germany 150 years ago to establish a winery and distillery in Napa Valley. Repurposing their alcohol barrels to age wine seemed like a smart idea at the time, but they rapidly discovered that it gave their wine a whole new level of depth and complexity. By aging Beringer Bros. wines in spirit barrels, we are able to re-create Jacob and Frederick’s pioneering spirit. Smooth, strong wines with vanilla, toasted hazelnuts, and caramel tastes — a taste of Beringer’s history. Beringer Bros. Rye Red Blend is harvested at the pinnacle of flavor development and fermented in temperature-controlled stainless-steel tanks. 20% of the wine was matured in second-pass charred American oak barriques that had previously contained Rye Whiskey for 60 days. With notes of coriander, caraway, lavender, and bergamot, this wine is brimming with ripe strawberry, caramel, and vanilla. Rye Whiskey flavor comes through on notes of coriander, caraway, lavender, and bergamot. Silky tannins and a rich, lingering aftertaste characterize this full-bodied wine.