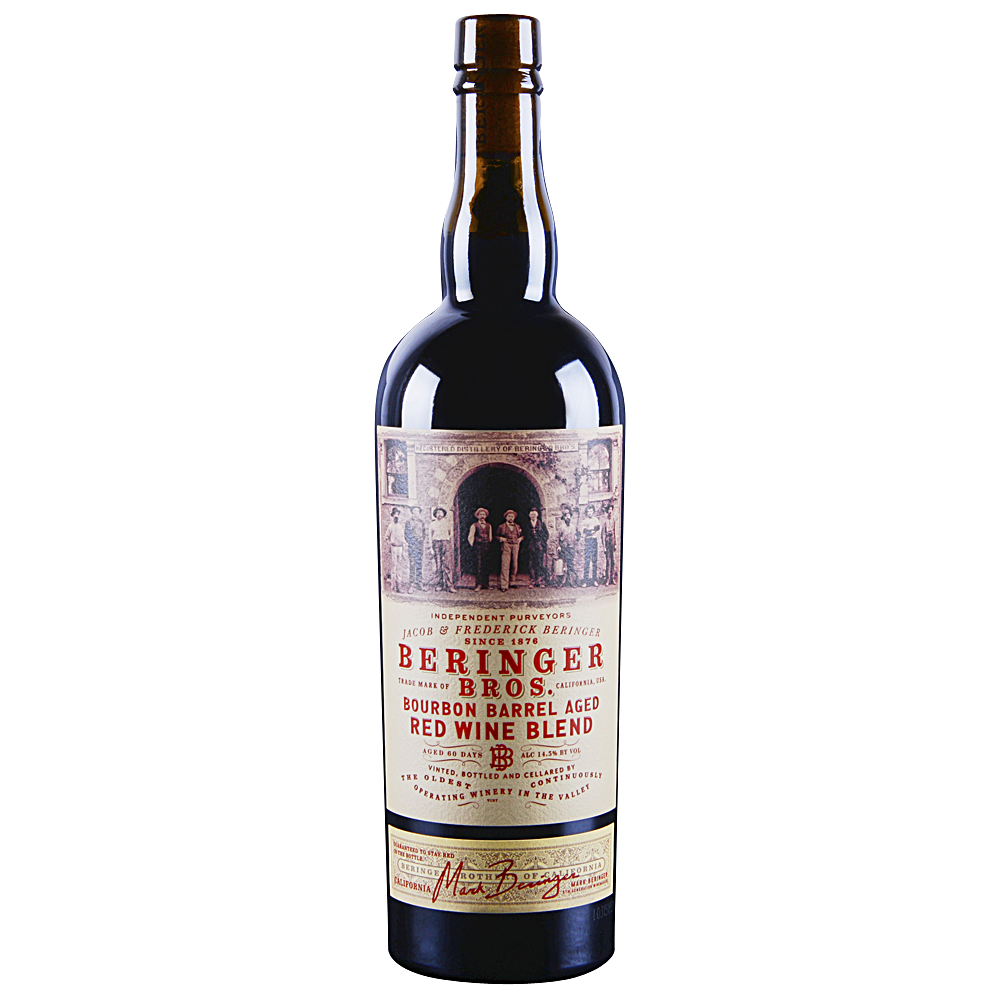 Get this Beringer Bros Red Blend Bourbon Barrel Aged delivered to your door. Rich vanilla and caramel notes are delivered atop succulent black and red fruit character after 60 days in American Oak Bourbon casks. This wine is as much about flavor as it is about mouthfeel—satisfying and full-bodied, with a long finish. Jacob and Frederick Beringer were new-age pioneers 150 years ago, crossing the frontier to grow their first vines in Napa Valley. With Beringer Bros. Bourbon Barrel Aged Wines, we continue to honor their bold, pioneering spirit. Our most recent varietals are matured in charred American oak bourbon barrels for sixty days. The result is a flavor that is rich, warm, and powerful.