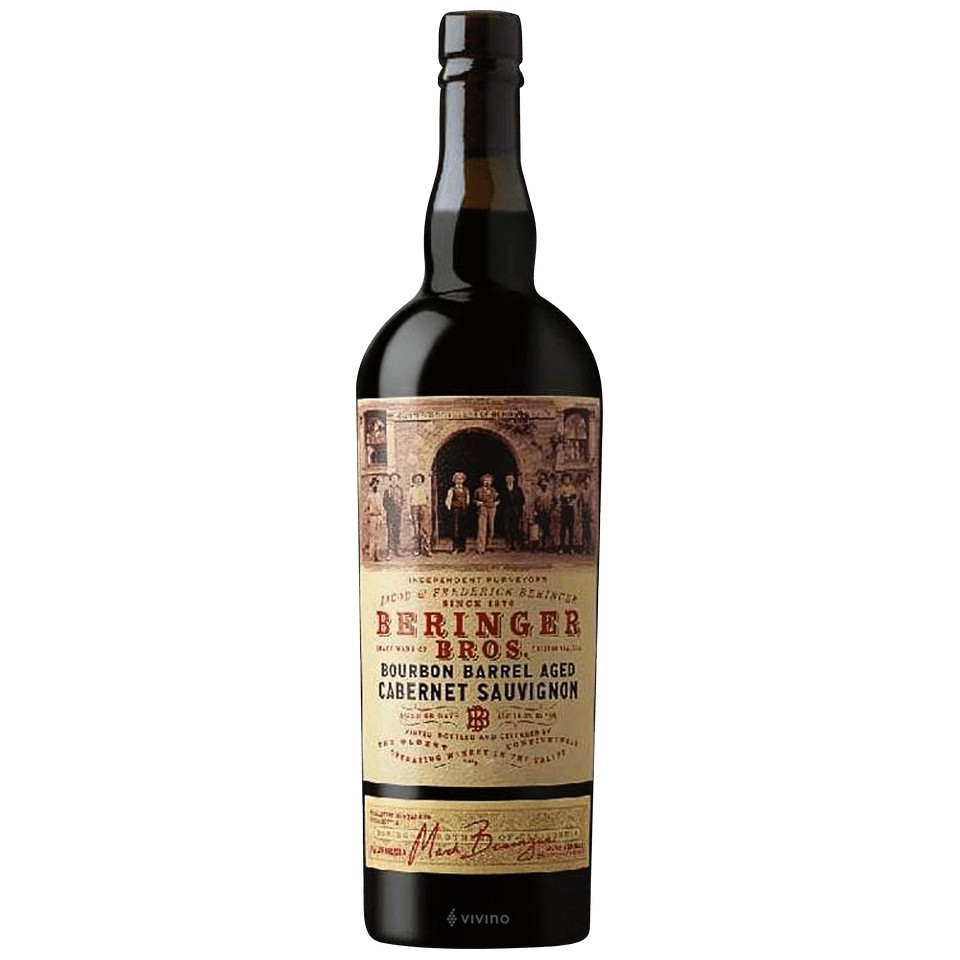 This wine is saturated by the aromas of ripe black cherries, dark chocolate and vanilla. The palate is exuberant with ripe tannins and integrated acid, and the finish shows roasted hazelnuts, caramels and blackberries.

150 years ago, Jacob and Frederick Beringer were pioneers of the new era, crossing the border and planting their first vines in the Napa Valley. Today, Beringer remains faithful to his daring and pioneering spirit with Beringer Bros. wines aged in bourbon barrels. The latter are aged for sixty days in charred American oak barrels. The result: a unique, warm and bold taste.

The epitome of modern classics, Beringer has been the reference producer of the Napa Valley since its foundation in 1876. Oenologist Laurie Hook produces classic Napa orange wines and an exceptional collection of Beringer vineyards. The 137-year-old wine heritage is reflected in a recognized portfolio of wines that are harvested around the world. St. Helena offers a tradition of hospitality that challenges the Napa Valley.

Beringer Bros. Cabernet Sauvignon is selected at the peak of flavor development from the finest locations in California and fermented in temperature-controlled stainless steel tanks. 20% of the wine is aged for 60 days in secondary charred American oak barrels that previously contained bourbon.

Mark Beringer, great-grandson of Beringer Vineyards’ founding brother Jacob Beringer, has been immersed in the wine since he was born in the heart of the Napa Valley. A direct descendant of the first winemaker Beringer and one of the most iconic names in the history of wine in the Napa Valley, he knew from an early age that he would follow in the footsteps of his ancestors. As a young man, he worked many hours in a family winery in St. Helena, expanding his knowledge of wine as well as gaining respect for wines outside the famous region he always called home.