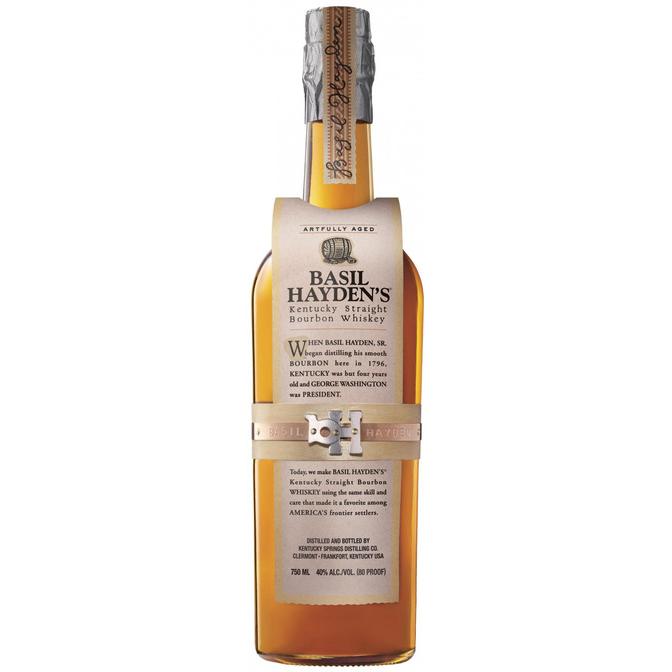 Jim Beam – it is a world famous company, whose history is connected with the name Jacob Beam, began producing whiskey amber from the milled grain corn, rye and malt, this drink was called bourbon on the area where it was produced for the first time – Kentucky Bourbon County. Jacob Beam sold his first barrel of bourbon in 1795. Jim Beam company for over 200 years, it continues to follow the rich traditions, passing the magnificent whiskey recipe from generation to generation.

«Small Batch Collection» – an exclusive first-class collection of bourbons, which are made by traditional technologies, blended from selected alcohols have a special endurance and strength.

Basil Hayden’s – this ultra-premium bourbon-class collection of «Small Batch Collection», characterized by finesse and elegance, it is aged in barrels for 8 years. The recipe of this special bourbon appeared in 1976, at a time when the main Distiller Jim Beam company was Basil Hayden (Basil Hayden). When you create a whiskey used twice as much rye, which gives the drink a spicy and peppery bouquet, and thanks to filtration through charcoal, bourbon gets more refined taste and aroma. Basil Hayden’s winner of the silver medal in the category of “bourbon” by Wine Enthusiast.