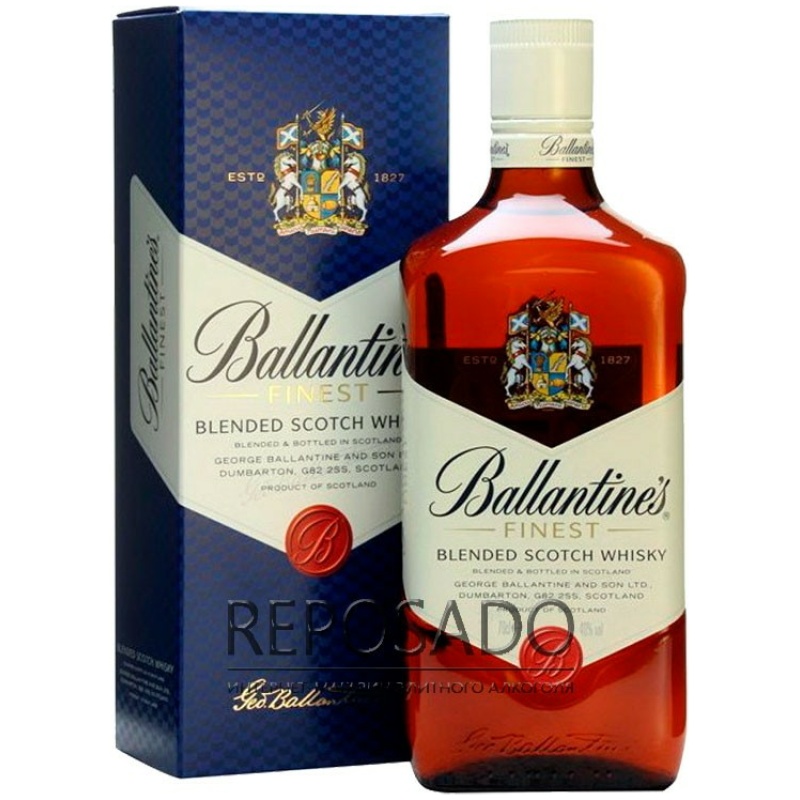 About the Producer: Ballantine's

Ballantine's is a blended Scotch whiskey produced in Dumbarton, Scotland. It is the second biggest whiskey sold in the world after Johnnie Walker, although it sells less than half of its competitor and is traditionally very strong in the markets of southern Europe and Asia. a small grocery store, this time founded in Edinburgh by the son of farmer George Ballantyne. In 1865, he started a wine and spirits company in Glasgow, creating his own blends and building a list of international clients. The company was sold in 1919 and the Ballantine name was retained as a brand for new owner blends. It was then acquired by Hiram Walker of Canada in 1937. In the 1960s, trade was concentrated in continental Europe. The brand moved to Allied Domecq in 1988 and then to Pernod Ricard in 2005. The flagship product, Ballantine's Finest, is a blend of around 50 single malt whiskeys with an emphasis on Miltonduff and Glenburgie, owned by Chivas. There are also a variety of aged whiskeys, including a 40 year old whiskey which is one of the most expensive blended whiskeys on the market. In 2002, the Dumbarton Grain Distillery was shut down and production transferred to the Strathclyde Grain Distillery in the Gorbals area. Glasgow. The company also operates a bonded warehouse and a bottling plant in the same location.