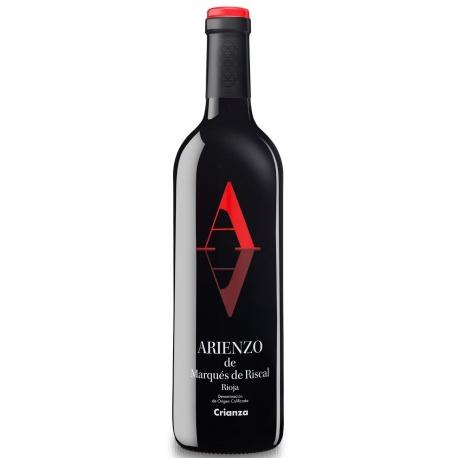 Stylish set of Ornellaia, “Collezione” in the original wooden box handmade – a collection of wines “Ornellaia” Bolgheri Superiore vintages 2006, 2007, 2008. Each vintage is represented by two bottles and has an individual marking. Set released in a limited number of ducts 500.

“Ornellaia” Bolgheri Superiore, 2006 – is a comprehensive, beautifully balanced wine with a beautiful structure, tangible, but elegant tannins and a surprisingly long finish, accentuated notes of chocolate and coffee beans.

“Ornellaia” Bolgheri Superiore, 2008 has a deep, complex, dense taste with powerful but velvety tannins and a long finish.

About the Producer: Marques de Riscal

Marquês de Riscal is one of the oldest and most famous wineries in Rioja. Several traditional Rioja wines are produced here, mainly from Tempranillo, as well as white wine from Rueda. Nowadays, the property is also known for its characteristic hotel, designed by Frank Geary, who is part of the property, and for its wines. The company was founded in 1858 by diplomat Camilo Hurtado de Amesega, the Marquis de Riscal. He lived in Bordeaux and decided to bring French winemaking techniques to his property in Elciego. Their wines became so popular that they pulled a string to combat the counterfeiting of bottles, which is preserved in many Rioja wines today. More than 150 years later, the current owner, Marqués de Riscal, is the majority shareholder and oenologist. The Marqués de Riscal estate covers approximately 500 hectares (1,235 acres) of vineyards planted in Tempranillo, Graziano, Cabernet Sauvignon and Mazuelo. They are planted in the vicinity of Elciego and are usually located on limestone terraces formed by the river Ebro. In addition, another 985 hectares (2,430 acres) are managed under contract. The elegant floral Reserva is the flagship in terms of production - around 5 million bottles are produced annually. It is aged for about two years in American oak and represents the classic Rioja style. On the other hand, the most modern Baron de Chirel is aged in French oak and is distinguished by its proportion of Cabernet Sauvignon, which is allowed in the Riscal for historical reasons. Introduced in 2006, Finca Torreia is a luxurious cuvée with a contemporary twist in a portfolio, while emphasizing elegance over super ripe fruit. In the 1970s, the company expanded its holdings to Rueda, a 170-mile (275 km) region southeast of Rioja. ... Riscal produces four wines in DO and has become the largest producer in its appellation with 135 hectares (333 acres) of Verdejo and 70 hectares (173 acres) of Sauvignon Blanc. The Marquis de Riscal is believed to have revived the reputation of the first variety, currently one of the most cultivated white varieties in Spain.