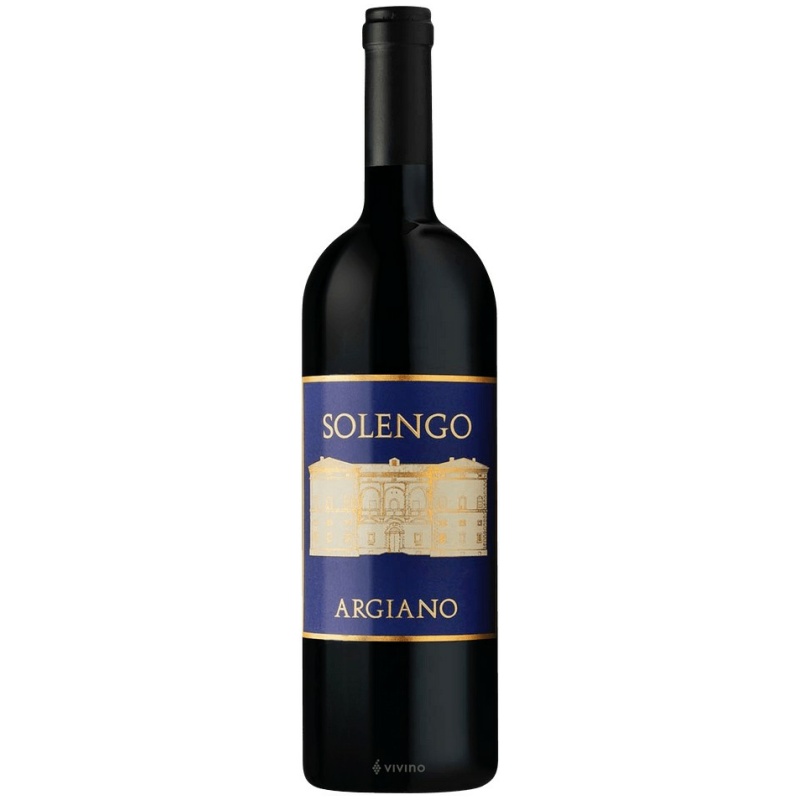 99
James Suckling
This is a fantastic red with balance and intensity. Full-bodied, deep and balanced. Shows beautiful harmony and class. Happy to taste this! A blend of cabernet sauvignon, merlot and syrah. Barrel Sample: 98-99 Points
95
Robert Parker's Wine Advocate
A blend of Cabernet Sauvignon (50%), Petit Verdot (25%), Merlot (20%) and Sangiovese (5%), the 2016 Solengo is a terrific wine and I enjoyed my sample down to the very last drop that I coaxed from the bottle with happy enthusiasm. This is a full-bodied red (but not in an exaggerated manner) with plump and fruit-forward aromas of dark cherry, blackberry, plum, spice and sweet tobacco. The wine is balanced with excellent depth and mouthfeel momentum. I highly recommend this wine from both the 2015 and 2016 vintages, which are both terrific. Some 25,000 bottles were made. Rating: 95+

About the Producer: Argiano

Argiano is a property in the Tuscan region of Montalcino. It is well known for its Sangiovese-based red wines under the traditional Brunello di Montalcino DOCG brand and for more modern red wines under the IGT Toscana brand. Argiano's history dates back to the construction of the villa, which dates back to the end of the 16th century. ... It is thought that by the time the construction was completed, in 1596, wine production had already started on the estate (records indicate that oil was produced at that time). The land and the villa were owned by several aristocratic families, but only flourished as a winery in the region. 19th century after it passed into the possession of Lady Ercilia Caetani Lovatelli. In 1967, Argiano was one of the founders of the Brunello Consortium, created to promote and promote the wine region. In 2013, the property was sold to a Brazilian business group, which began improving the winery and increasing the property from 50 to 60 hectares (from 124 to 150 acres). Argiano produces several wines: the flagship Brunello di Montalcino and Brunello di Montalcino Riserva, Viña del Suolo (Brunello with a vineyard); Rosso di Montalcino; and two IGT wines called Solengo and Non Confunditur. Suolo, like Brunello, is 100% Sangiovese, but the Solengo and Non Confunditur wines are Bordeaux blends with a little Syrah and, ​​in the case of Non Confunditur, Sangiovese. The total production is around 337,000 bottles, of which around 100,000 are Brunello di Montalcino. Argiano was one of the growers accused of using banned grape varieties in their lots as part of the Brunellogate scandal in 2009. During the course of the investigation, Argiano disqualified his Brunello. and sold it under the broader IGT designation to stay on the market. After the appeal, Argiano dropped all charges.