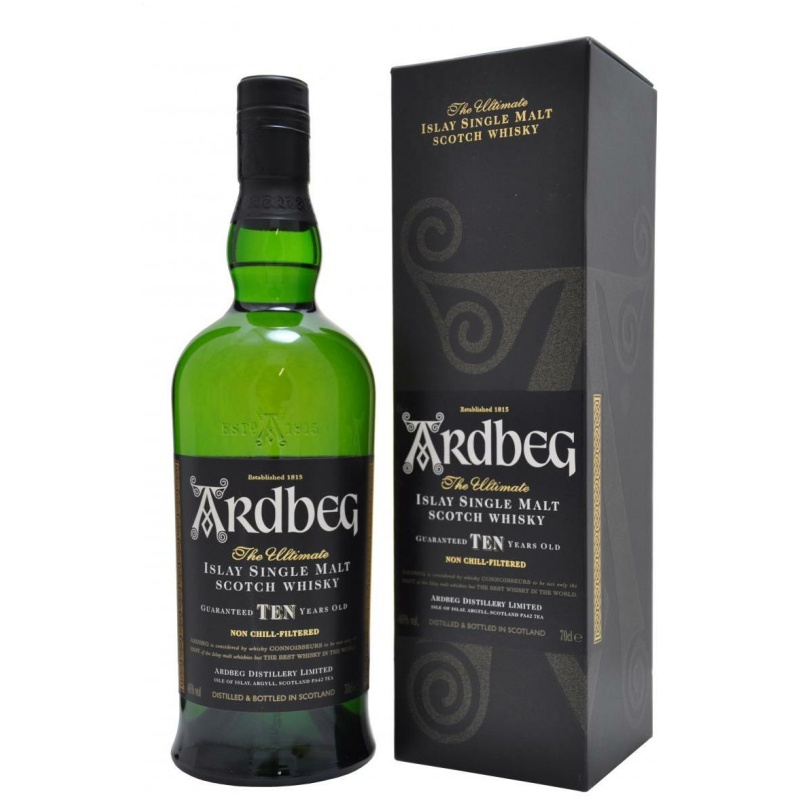 Looking for a Ardbeg 10 Yr and want it delivered to your door? You’ve come to the right store. We offer fast delivery with FedEx on all our products. Ardbeg 10 Yr is produced in Islay, Scotland, UK.

About the Producer: Ardbeg

Ardbeg is a Scotch whiskey producer with one of the oldest distilleries on the Isle of Islay. It is known as one of the most peaty whiskeys in the world. The two Ardbeck stills produce a relatively large volume of 1 million liters of alcohol per year. It is only available as a single malt whiskey and is not part of any blend. Whiskey is mostly aged in bourbon casks, with a small portion aged in sherry casks. This is the heavily peaty but not so salty character of many Islay whiskeys. In contrast, Ardbeg is popular with malt drinkers for its smoky, spicy and sweet character. Whiskey is available in a variety of basic expressions, from the newly released five-year-old Wee Beastie and the standard 10-year bottling to 25, another new edition of the entry-level range. Several limited editions are also produced and several historical editions can still be seen on the retail listings. The most popular is Ardbeg Uigeadail ("Oog-a-dal"), which has a very different style. Traditional alcohol smoke is combined with rich raisin tones thanks to aging in sherry barrels. Ardbeg's story: the first whiskey in space Whiskey has been produced here since 1798, and in 1815, the same year its closest neighbor, Laphroaig, began commercial production. Ardbeg was an early success with strong demand for its alcohol for use in the blend, but from 1838 the distillery went through a long phase of ownership change and bankruptcy until it was finally closed in 1981. two months a year. Finally, in 1997, it was purchased by Glenmorangie and production was resumed on a permanent basis. The distillery is currently owned by the French luxury goods group LVMH, part of its Glenmorangie group. Besides the peat whiskey itself, Ardbeg was the first whiskey to go into space (at least on an official basis). Part of his spirit was sent to the International Space Station in 2011 to study the effects of weightlessness on taste.