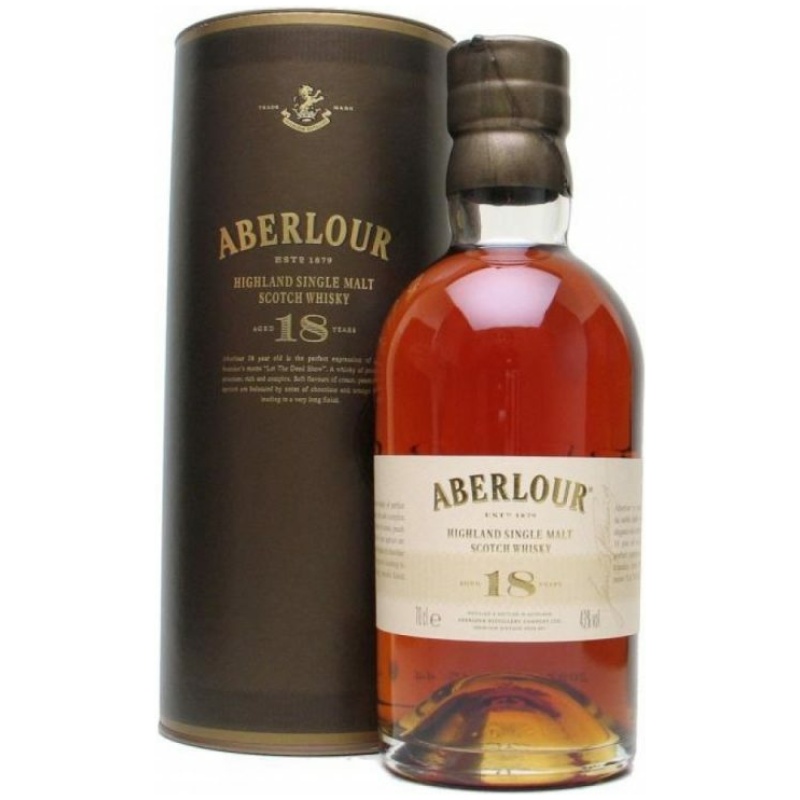 Discover this Aberlour 18Yrs and get it delivered to your door.

About the Producer: Aberlour

Aberlour is a distillery in the Speyside region of Scotland, located in the village of the same name. The name Aberlour, which means "the mouth of the burning hum" in Gaelic, refers to the stream that provides the distillery's vital supply of water. This water, coming from the slopes of Mount Ben Rinnes, inspired Aberlour founder James Fleming, who supplied grain to nearby distilleries to start their own production in the late 19th century. There was a licensed distillery in Aberlore in the 1820s, but Fleming's distillery has survived to this day. The blueprint he built included a giant waterwheel. the entire process that was used until the 1960s, although fires in 1879 and 1898 forced the distillery to be moved to the other side of the site. The four Aberlour stills now produce 3,500,000 liters per year. The home style is considered very low in grain, favoring fruity notes of blackcurrant, toffee and a weight that allows for abundant aging in sherry casks. in sherry barrels and aged for 12, 15, 16 and 18 years. There is also a 12-year-old cask-aged sherry, while a'Bunadh is a strong wine, without aging, matured in Oloroso casks. Its heavy, creamy style was inspired by an 1898 time capsule discovered in 1975 when new stills were installed. Pernod Ricard acquired the distillery in 1975 and is operated by a subsidiary of Chivas Brothers.