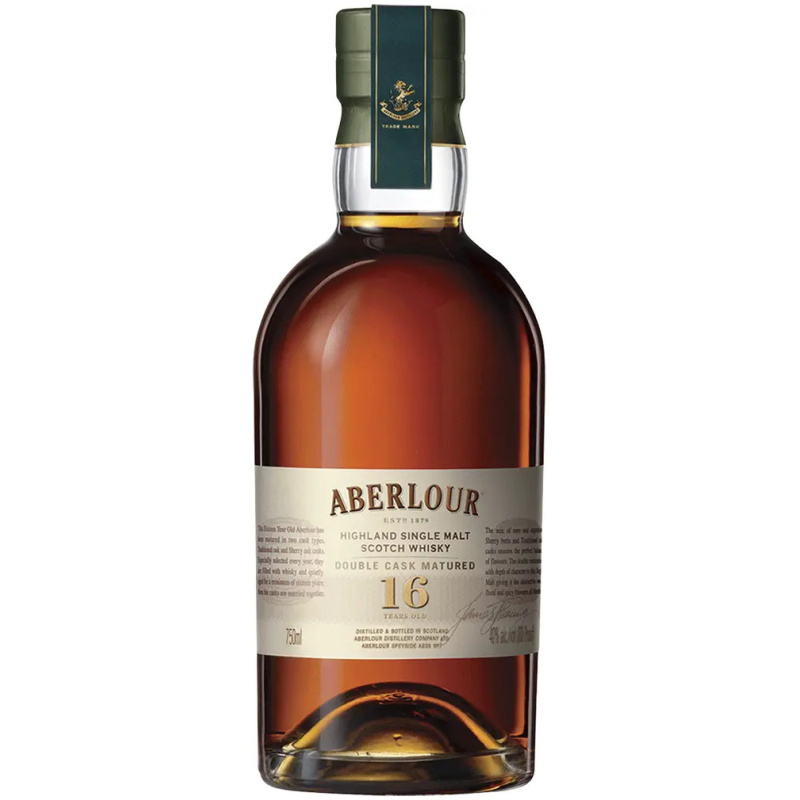 Aberlour 16 Yrs Whiskey aged in bourbon and sherry barrels. Aromas of hazelnut, toffee, and sugar cookies greet the nose. On the palate, there’s a lot of cinnamon, nutmeg, toasted oats, and vanilla.